Cord-cutters, cord-nevers and refusing to grow up.

In an age where content on demand has become increasingly important, applications like Netflix and Amazon Prime Video have grown to become some of the most used apps of all time. Even Sky has seen a huge number of subscribers view a lot of content in the Sky Go app. Well now, Disney has joined that party by launching DisneyLife in Ireland.

Disney plans to pull all of their content from Netflix but they have a plan of course. Rather than hosting all their content on Netflix, Disney has launched DisneyLife, their own video streaming platform. This is just like Netflix but with wall to wall Disney videos, from movies to TV shows, letting you relive your childhood with the classics of yesteryear. Best of all, DisneyLife is fully available in Ireland.

How Much is DisneyLife?

DisneyLife costs €6.99 per month, which might seem a little steep considering it does have a limited pool of movies and shows to choose from. Still, if you’re a parent, that’s €6.99 to buy yourself some peace and quiet and the service really is designed for family usage.

To Infinity and Beyond: What You Get for Your Money

For your monthly subscription, up to six people can have their own profile across ten different devices all personalised with your favourite Disney character avatar. Mine’s Simba. You have the choice to stream straight to your device, or download for later viewing; an absolute lifesaver for holidays or tablet viewing without an internet connection. You also have access to some nifty parental controls letting you limit the amount of time your kids can spend on the program. You can even lock the account for weekend-only use.

Speaking at the launch, Chiara Cipriani the DisneyLife general manager had this to say:

DisneyLife offers the chance to discover Disney in a way you have never been able to before. Placing characters and stories at the centre, we have opened the gates to the Castle and created this service with families and fans in mind, allowing them to explore Disney all in one place. Building on our UK launch at the end of 2015, we are delighted that DisneyLife Ireland is making Disney entertainment available to Irish fans in new ways.

Bang for your Buzz? 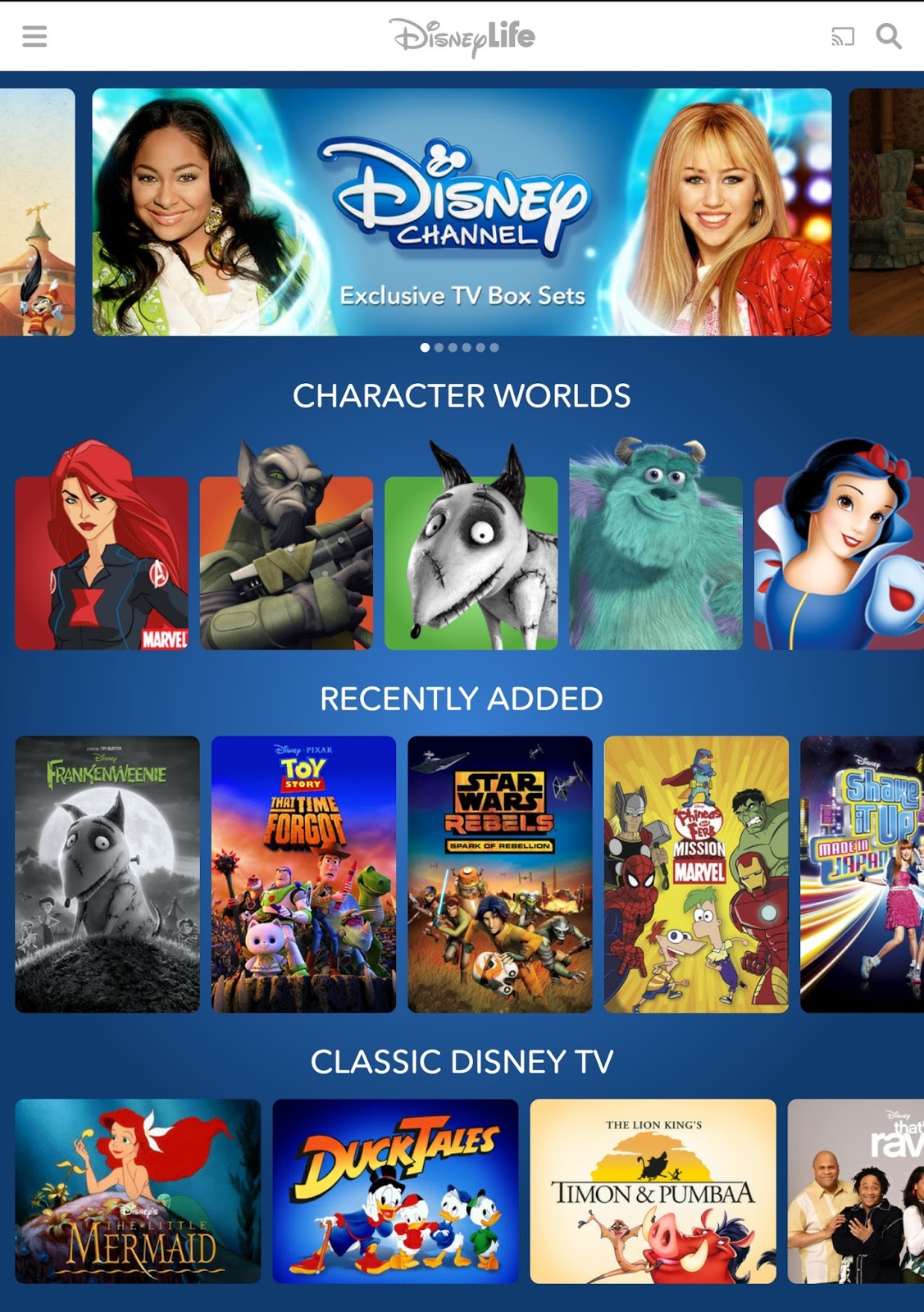 Each Irish household can now enjoy the full Disney experience, wherever and whenever you want. Sit the kids down in front of Toy Story, have a romantic night in with your other half while watching Beauty and the Beast or enjoy some nostalgic bliss with a spot of Pinnochio. All of these are in one handy place thanks to DisneyLife. For the kids you will also have the opportunity to stream the full suite of Disney Channels such as XD and Junior, that’s the next babysitting night sorted. The best thing about DisneyLife is that the content is never deleted, so feel free to blast out the singalongs whenever you feel.

Basically, it’s Disney Netflix, right? Well, yes but it’s also a lot more than that with the app offering loads more than just video content. Here’s what you get:

Go on an absolute Disney binge with DisneyLife. The app has over 400 movies to choose from, including all your Pixar favourites. So whether is a bit of Hakuna Matata or Wall-E your after, DisneyLife has got your lonely Friday nights in sorted. (Applications welcome for anyone who would like to join me and make that sound a little less sad, bring popcorn)

I’m sure if you have kids you love and adore them and all the joy they have brought into your life. But I’m equally as sure there are also times when you just wish they would be quiet so you can nurse that hangover in peace. All those slightly annoying but highly addictive shows like Paw Patrol and Doc McStuffins can be found in this one-stop shop. With over 5,000 episodes of child-friendly shows available you can now plop the little people in front of the tv and catch that hours kip you so desperately need.

No word of a lie, this is my favourite part of this whole platform. Seriously, if you don’t adore some of the amazing soundtracks Disney have produced down the years, well then you’re dead inside. With over 7,000 tracks available, whether you want to rock out to Tarzan, Let it Go with Frozen or just get your Hakuna Matata on it’s all here all the time. Don’t believe me that Disney tunes are awesome, put on your headphones and listen to this! Automatic happy maker:

With around 250 audio and ebooks ready to go, never worry about bedtime stories again. Enjoy the magic and amazement of the Disney storytelling experience with included educational benefits. DisneyLife books include a built-in read-along function as well as staged reading as the child’s reading ability improves.

Movies, books and kids TV series are available in up to five languages: English, French, German, Italian and Spanish.

If you have small kids or are a bit of a Disney nut like me and want to avail of this service, simply pop on over to DisneyLife.com and start the one-week free trial. After the trial your membership of €6.99 kicks in until you decide to cancel. Which, let’s face it, you won’t. The app is very easy to use, in fact, you’d almost think it was designed for children.

That’s all the key stuff, but there are a few technical questions that people are asking and in this modern age of streaming, this is key stuff:

Can You Get DisneyLife on PS4?

Unfortunately, there’s no PS4 app just yet. We’ll let you know when there is.

Can You Get DisneyLife on Xbox?

As with the PlayStation app, nothing on Xbox just yet. Watch this space.

How to Chromecast DisneyLife

This is the one part of DisneyLife that works nice an easy. Within the app, you’ll see the usual casting option at the top of the app. If you’ve got a Chromecast, you’re laughing.

Can You Use DisneyLife Abroad?

This is a very popular question for travelling parents. Since EU Roaming has become much more relaxed, you could feasibly do some streaming on your holidays; once you’re staying in the EU of course. Still, you’re much better off taking advantage of the app’s download function. Do that on your home WiFi and watch to your heart’s content.

So that’s that. Have a good day people because this guy is about to disappear and watch The Lion King.

You can also give the gift of DisneyLife access for 3, 6 or 12 months starting at just €20.

ABOUT US
goos3d.ie | We bring you the very latest tech news and reviews along with the latest entertainment bits and bobs to hit Netflix, Disney+ and game consoles too.
Contact us: info@goos3d.ie
Contact us: [email protected]
FOLLOW US
© goos3d.ie 2021